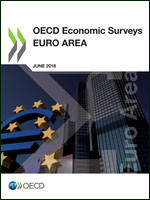 After years of crisis, we are now experiencing an economic expansion in Europe. But further crises are certain to come, sooner or later, and improvements in the euro area’s resilience to economic shocks will require further policy changes. Notably, it is important to allow that the cost of significant economic shocks is shared as widely and fairly as possible, both within private and public sectors, what we call for simplicity public and private risk-sharing. In this post, based on the 2018 Economic Survey of the Euro Area, we focus on potential for private risk sharing through the banking sector. The lack of risk sharing in this sector was a major cause of the euro area crisis during the great financial recession since governments became overly exposed to difficulties faced by their banking sectors. Better risk sharing would reduce the risk that a banking crisis triggers government insolvency, reinforcing the solidity of the euro area.

For better or for worse, banks remain at the core of the financial system in Europe. Diversification towards other sources of financing and better access to finance for small and medium enterprises are important goals, which in the longer-term will be substantially facilitated by completion of the capital markets union project. In parallel, the efforts to improve the functioning of the European banking system, including the conditions for creation of Pan-European banks, must continue.

The euro area banks are now much better capitalised than before the financial crisis and benefit from stronger and unified supervisory standards. Even so, additional reforms to complete the banking union are necessary. The Single Resolution Mechanism that restructures failed banks while preventing wider repercussions in the financial system needs an effective backstop to ensure its credibility. The backstop should be fiscally-neutral over the medium term, meaning that any pay out should be recouped from future banks’ contributions. As the next step, euro area countries should put in place a pre-funded common European deposit insurance scheme. Such a tool would increase financial stability benefits for all participating countries by spreading the risks across a large and more diverse pool of financial institutions and reducing the likelihood that individual pay outs will overwhelm the system. It would also further improve monetary policy transmission in the euro area by making different forms of money more homogenous across euro area countries.

To limit the risk of some banks subsidising others, the insured banks should pay to the European deposit insurance scheme a variable insurance premium that would require risker banks – based, among other things, on the level of loss-absorbing capacity, stability and variety of funding sources, business model and management quality – to pay higher contributions. In addition, the risk premia should also be sensitive to the amount of systemic risk in the national banking system.

Risk reduction in the banking sector will eventually have to go beyond the reduction of still-elevated non-performing loans in some countries and prevention of the build-up of new non-performing loans. The recent gyrations in some European sovereign debt markets have shown that the potentially harmful links between banks and their own states that amplified the euro area crisis are still present. Large exposures of banks to the sovereign debt of their home country, linking the health of the banking sector to the health of public finances, continue to exist in many euro area countries and need to be addressed (Figure 1). 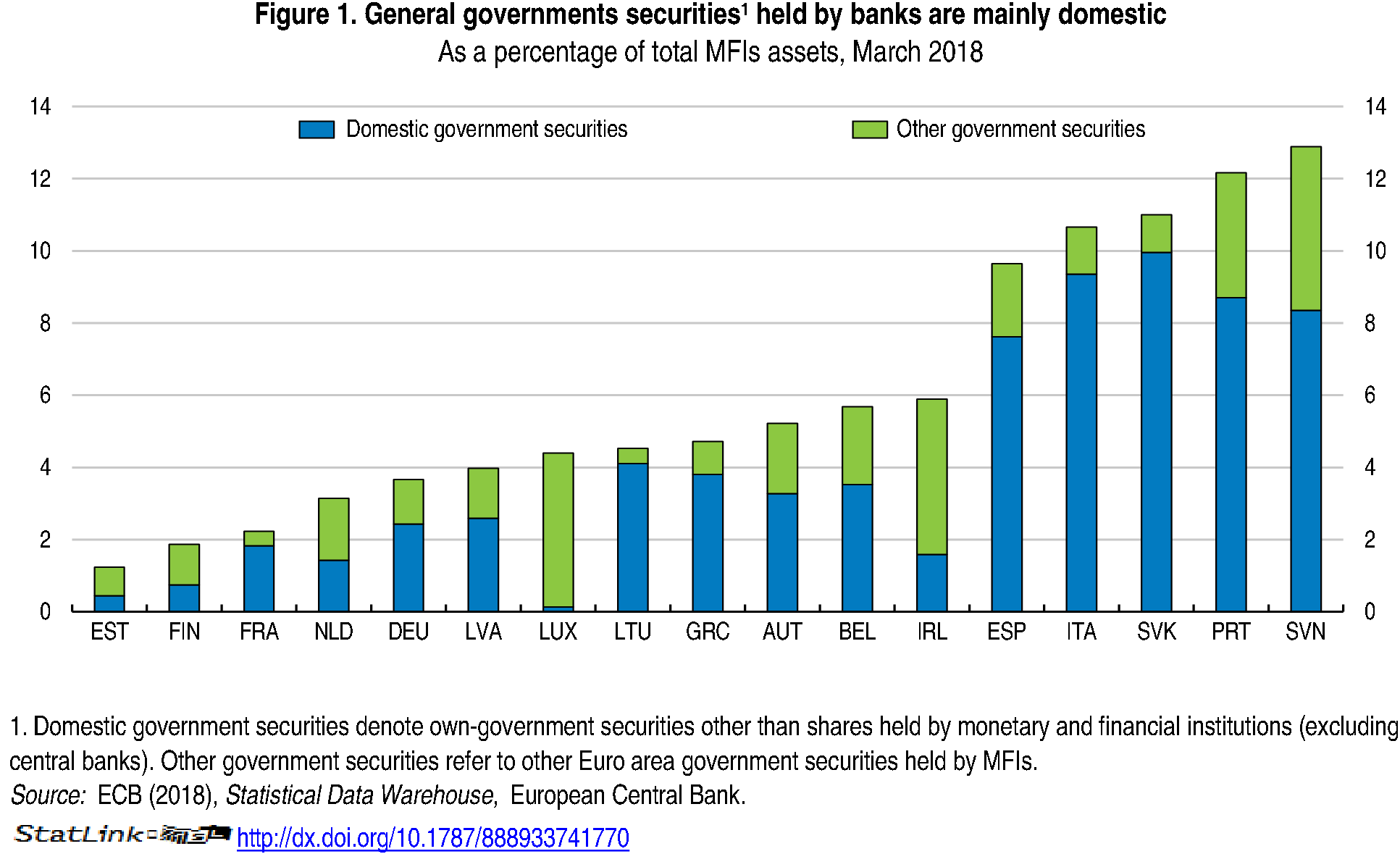 The reduction in banks’ holdings of government bonds would make banks’ financing costs dependent on their own riskiness, rather than geographical location, potentially reinforcing cross-border activity and banks’ ability to exploit the economies of scale. Such change, which would need to be gradual, including long phase-in periods and involving only the newly issued debt, could be achieved by introducing an additional capital requirement increasing with concentrated sovereign bond holdings of banks (BCBS, 2017; Véron, 2017). Banks with higher holdings of sovereign debt would be required to hold additional capital as protection against associated risks. In order to give banks an alternative safe asset to invest in, potential changes should be considered in parallel with the introduction of a European safe asset. Although some existing proposals suggest the creation of synthetic safe assets, such instrument may be too sensitive to cyclical variation in investors’ demand. Other ways of creating a European safe asset without risk mutualisation thus may be needed.

The Banking Union needs to be completed and the time to act is now. The three missing legs the Banking Union should stand on are the fiscal backstop to the Single Resolution Fund, the European deposit insurance scheme and the reduction of the harmful links between banks and their own states.