Boosting living standards of all Argentinians

Following years of unsustainable economic policies, Argentina has recently undertaken bold reforms and a turnaround in policies that has helped to avoid another crisis and stabilise the economy (OECD, 2017).  Nevetheless, the work is far from being finished. Many challenges still lie ahead. Argentina has lost substantial ground in terms of income (Figure 1) and poverty and inequality remain high. Significant macroeconomic imbalances have built up, such as a large fiscal defict, an inflation rate in the double digits or an unsustainable growth pattern investing too little for the future. 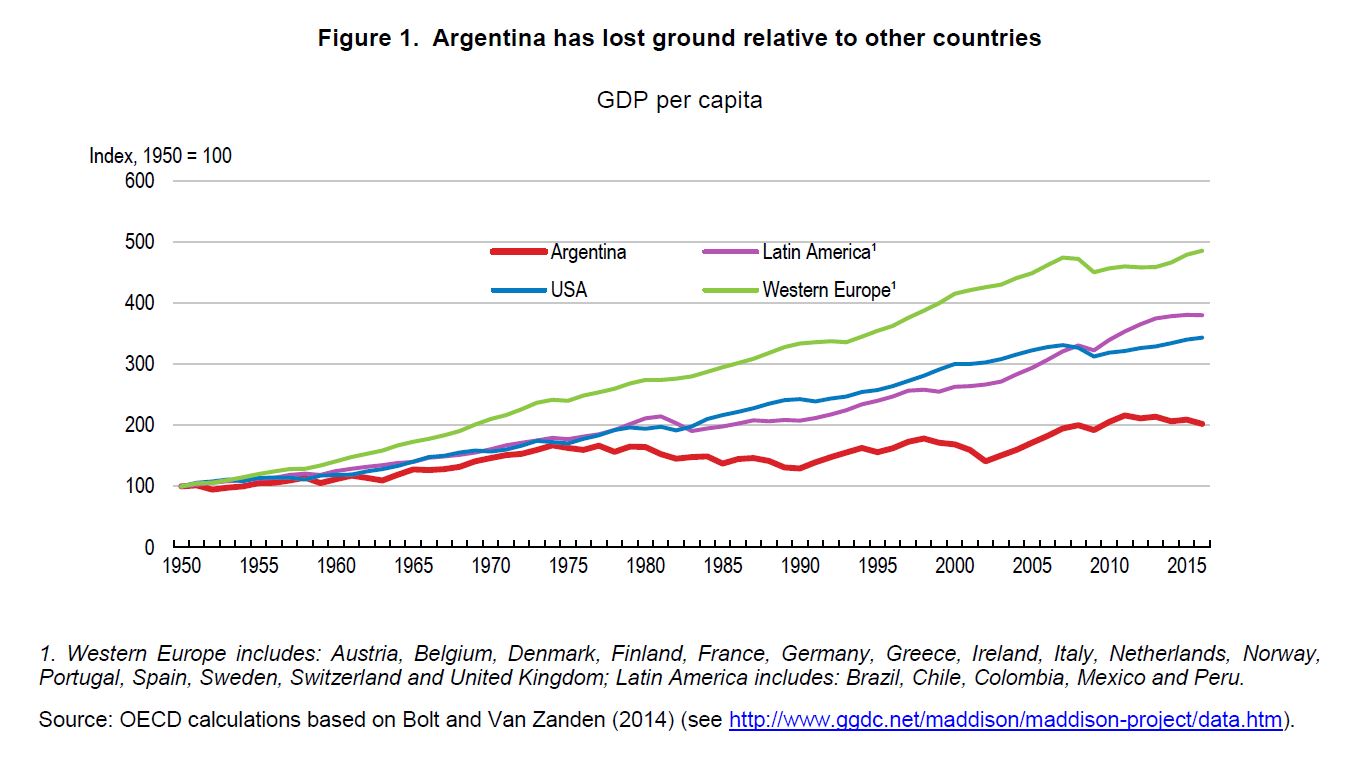 Given the extent of remaining imbalances in the economy, a challenging reform agenda still lies ahead to deliver better material living standards for all Argentinians, as analysed in OECD’s Multi-Dimensional Economic Survey of Argentina. Building the pillars for a more productive and inclusive economy to improve the well-being of all Argentinians will be the priority for the future reform agenda. This agenda encompasses a wide range of policy areas such as regulation on product and labour markets, taxes, infrastructure, education, innovation, trade policy and financial markets, all of which could have large pay-offs. Aligning key policy settings with the OECD average could increase GDP per capita by 15% in 10 years (Figure 2).  But raising growth is not enough, what matters is that this delivers for people, by providing new opportunities. It is now critical that policymakers maintain reform momentum for businesses to thrive, and for people to reap the benefits. People-centred growth should be at the centre-stage of future policy efforts. 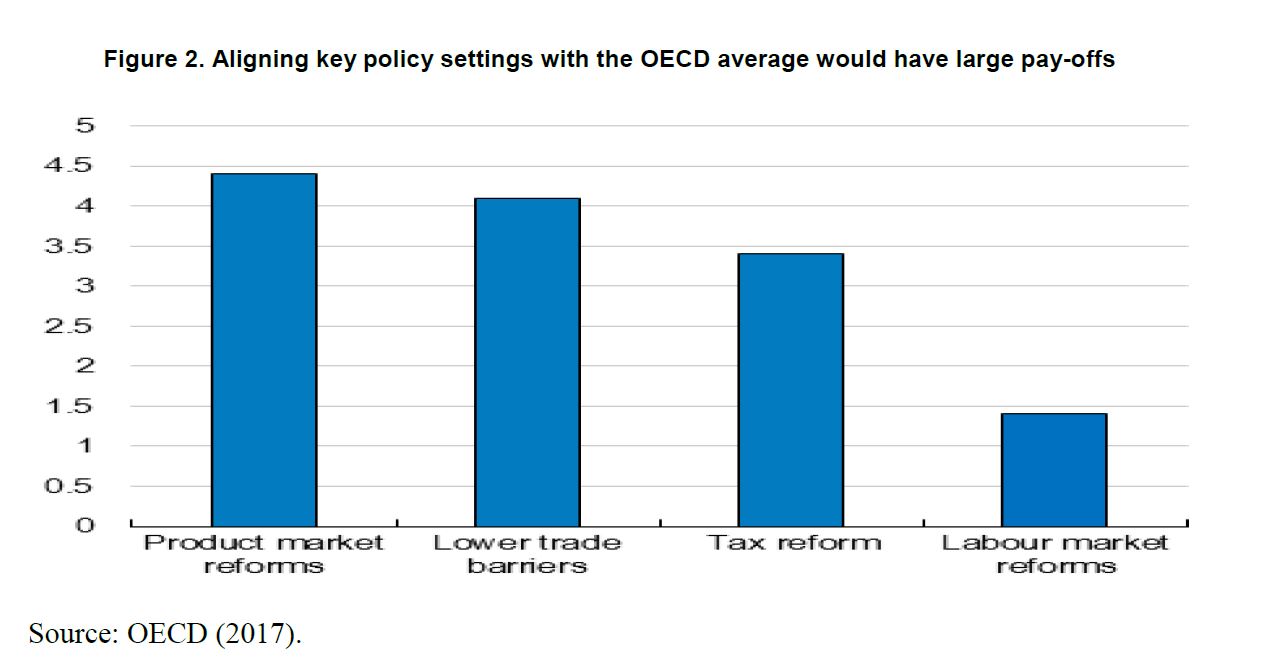 Argentina currently faces three main challenges.The first challenge is to ensure macroeconomic stability in order to avoid the recurrence of economic crisis. Crises have been too frequent in Argentina, and fiscal problems have almost always been at the root of these crises. Low income households are those affected the most by economic crises. Hence increasing stability, including by reducing the fiscal deficit and bringing down inflation, would help especially more disadvantaged households.

Argentina has one of lowest investment rates in Latin America and its productivity has hardly improved over the last 25 years. Hence, the second challenge is to boost investment and productivity, as these are the foundations for a sustained increase in incomes and living standards.  For that there is a need for wide-ranging structural reforms, encompassing areas such as competition, business regulations, trade, infrastructure, rule of law, or skills. At the same time, there is a need to safeguard those that may be initially impacted by a changing economy and ensure that benefits are widely shared. Hence, we recommend protecting workers with a stronger safety net and better training.

The third challenge is to make growth more inclusive. Inequality, poverty and informality are a drag on growth and well-being. To accelerate social progress, the emphasis is on improving education, in particular in reducing inequalities in the access to quality education. Argentina needs to improve teacher training and provide more targeted support to disadvantaged students. There is also a need to fight informality, which affects one third of the workforce, requiring an integral strategy including taxes, regulations, laws and education.