The gig economy will not abolish working 9 to 5 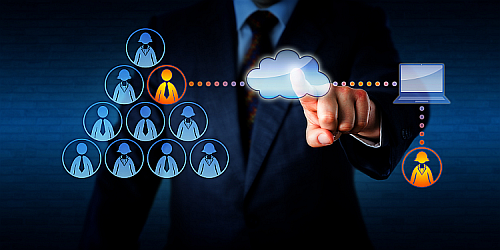 There is little new about the ‘gig economy’. The word ‘gig’ originates from 1920s jazz musicians who played a small concert or ‘engagement’ at a venue. Dolly Parton may have sung about working 9 to 5, but her life was moving from one gig to another.  We have always had plumbers, electricians, and lawyers who do temporary work, and are not paid by clients when they are idle. However, do new apps such as Uber or Deliveroo mean the end of the 9 to 5 job, and do these platforms need to be regulated?

Similar to the introduction of the Yellow Pages phone directory, new smart phone apps lower the cost of collecting information and searching for a worker. Apps can show when people are available, their current location, and offer reviews of a worker’s reliability. Such ease of use may increase demand for gig services, and estimates of those working through such apps range from 0.5% to 3.5% of the workforce in advance economies. This, combined with scalability, allows new services to be provided such as food delivery from small restaurants, whereas before the market lacked the depth to be viable.

Though apps have been described as providing large scale efficient marketplaces, they may have market power. Certain aspects can lead apps to become a natural monopolies, and they may warrant regulation. As an app reduces search costs there is little point in having several apps providing related information. Apps benefit from ‘network externalities’, whereby the value of being connected with an app increases with the number of other users. Over time one app could become the access point for a gig service, similar to how supermarkets are for food.

There may also be high switching costs for gig workers, allowing app owners to extract rents. In an information age, reputation can be a worker’s most valuable asset. If a worker has established a reputation (via online reviews) with one platform, this reputation capital may be lost if the worker switches platforms. App owners can extract some of the value of the reputation. However, allowing the “portability” of workers’ existing good ratings from one platform to another would lessen the dependency of workers upon single platforms.

As much work happens in spurts, employers often value flexibility, and apps can help firms outsource tasks. Managers trade off the cost of having a worker on standby against the cost of disruption when a crucial worker is unavailable in a crisis. This is why factories often permanently employ electricians, and banks hire IT specialists. Though apps can lower the length of such disruptions, the effect is likely to be small. Having employees is like insurance, and is cheaper for lower paid workers.

Despite the advantages of flexibility, firms still hire staff. Search costs remain, especially for high-skill jobs. Reviews on apps do not provide the information that a standard job interview does. Once a firm finds a suitable worker, it may be cheaper to offer them a full-time job than pay the costs of constantly searching for staff, and giving firm-specific training. The cost of integrating a worker in a team is also likely to increase with the complexity of the job.

Also, whether someone does a good job can be difficult to monitor, and apps have not overcome this. This is especially the case for high-skill jobs and it can take a long time to discover whether the worker is doing a good job or not. This helps explain why people use legal firms rather than directly employ lawyers for complicated tasks (as the law firm itself has built up a reputation) but a local lawyer for conveyancing or drawing up a will. Self-employment works best when it is easier to assess the service provided than the effort a worker expends on providing it. This is why truck drivers were self-employed before on-board recorders were invented, but now tend to be employees.

Although the ‘gig economy’ refers to self-employed workers, in recent years firms have looked for more flexibility among employees, especially in the low-paid retail and hospitality sectors. There has been a move to an “on demand” or “just-in-time” workforce. While many of these long-term changes were likely driven by changes in regulation (such as for shop opening hours), technology has cut the cost of posting rosters, allowing them to be changed more frequently. Employers can now use software to notify staff of rosters, rather than phoning each member of staff, and it is now common for such workers to be texted their hours at the beginning of the week.

Maintaining a pool of idle workers so as to have such flexibility in the economy is not free, and firms will try to shift such costs on to the workforce and the social welfare system.  Ever since employers have had the obligation to pay social security contributions or give paid holidays, there has been a need to define whether a worker is self-employed or an employee. In a recent court case in London, it was found that Uber drivers were employees due to their lack of control over their work, such as the ability to set fares. Though some workers (such as students) may want flexible work, there is strong evidence that most low-pay, low-hours workers want more hours, or at very least certainty over weekly rosters. There is a paradox of flexibility. Irregular rosters can make it more difficult for workers to arrange childcare, take on a second job, or have a normal social life. Apps may help to reduce some of these frictions, but will not eliminate them.

Unfortunately research on the ‘gig’ economy has been hampered by the lack of data. Important questions remain, such as to what degree do consumers benefit from apps, who bears the costs of flexibility, and what level of flexibility is optimal. Such research will likely be an ongoing project, not a one-off gig.

STEFANO, V. D. (2016), “The rise of the ‘just-in-time workforce’: On-demand work, crowdwork and labour protection in the ‘gig-economy’”, Conditions of Work and Employment Series, No. 71 .